Home » About Us » Leadership 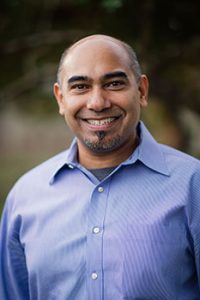 George M. Thomas is President and CEO of Adult & Teen Challenge of Texas. George began as a volunteer in New England in 2003 – eventually serving the Connecticut program in administrative, teaching, and counseling capacities for 2 years. During this time, he was licensed as an AG minister and helped birth an inner-city, “Teen Challenge church” near the New Haven campus. In 2006, George became the business administrator for Teen Challenge USA in Springfield, MO. He earned his Doctor of Ministry Degree from the Assemblies of God Theological Seminary. For his dissertation, George authored the Teen Challenge USA Best Practices Manual. With a passion to reach the 1.5 million drug and alcohol addicts in his home state of Texas, George joined Adult & Teen Challenge of Texas in June 2009. George’s spiritual gifts are teaching and administration and he finds the following traits as essential to working at Teen Challenge: dependence upon God, commitment to students, and ability to operate in a team environment. George earned his bachelor of science, majoring in Biology and Christianity, from Houston Baptist University. In 1999, he earned his Master’s in Business Administration at University of Houston, concentrating in accounting and subsequently working as an accountant for various Fortune 500 companies in Houston prior to joining Teen Challenge. He and his wife Dolly, along with three daughters and 1 son, live in San Antonio. 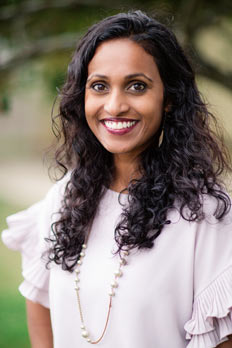 Dr. Dolly Thomas is a wife, mom, clinical psychologist, speaker and ordained minister. In 2013, she founded Transform Counseling to bring God’s love, truth and healing to the broken and hurting. Since 2009, she has ministered to the staff and students of Adult and Teen Challenge of Texas, where she currently serves as the Director of the Women’s Program in San Antonio. Her greatest joys in life are being married to her best friend, George Thomas, President of ATCOT; raising their four incredible children, Jadyn, Liana, Caris and Luke; and seeing a soul added to the Kingdom of God.

“Adult & Teen Challenge is one of the most successful programs in our country.”

“Adult & Teen Challenge works. It is effective; it is literally changing the lives of young Americans from every walk of life.”

Founder, Focus On The Family

“Adult & Teen Challenge has a far better record of dealing with people in difficulty than do the bureaucrats.”

“I truly admire Adult & Teen Challenge because of its loving, life-giving assistance to individuals who are bound by life-controlling addictions.”

“Adult & Teen Challenge is one of the most successful programs in our country.”

“I truly admire Adult & Teen Challenge because of its loving, life-giving assistance to individuals who are bound by life-controlling addictions.”

“I have not seen a more effective organization in leading hurting people to life transformation.”

“Adult & Teen Challenge is doing the job that others only talk about.”